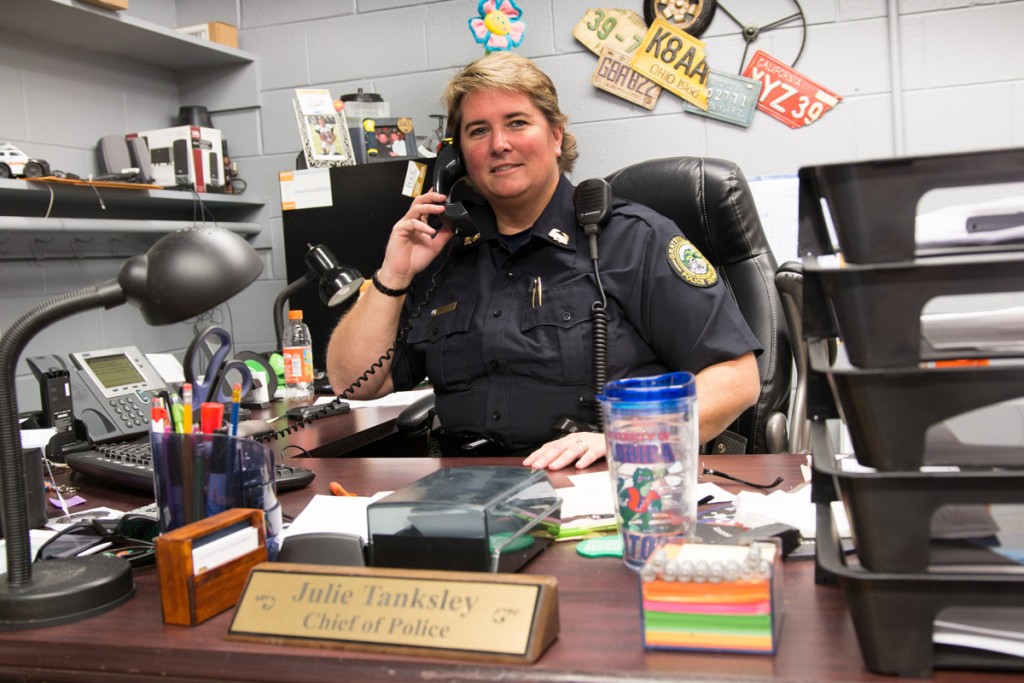 Born in Orlando Florida, Tanksley started her law enforcement career at an early age. Upon graduation from the academy, she started working for law enforcement agencies in Florida at the age of 18.

She started a family there and later moved to Tennessee where she has continued her career in law enforcement.

In her 25 years of public service, Tanksley has worked with numerous law enforcement agencies including nine years at her current position.

Chief Tanksley credits her success to a principled approach.

“I’m by the book. I’ve always been that way,” said Tanksley. “Under my direction, I want people to know they can depend on their police department.”

Chief Tanksley is looking to build a team of season officers with two new hires to be announced soon.

“We’re coming in with a new attitude and clean slate,” said Tanksley.

“As people get to know her, they’ll know they can trust her and the entire police department,” said Doss.

The department is looking forward to an upcoming “Meet and Greet” with the community later this year.